Shock!!! Briefs boiled in a hotel kettle? You need this kettle!

The most important thing about traveling is having a good mood. No one wants to have bad things happen on a relaxing trip. 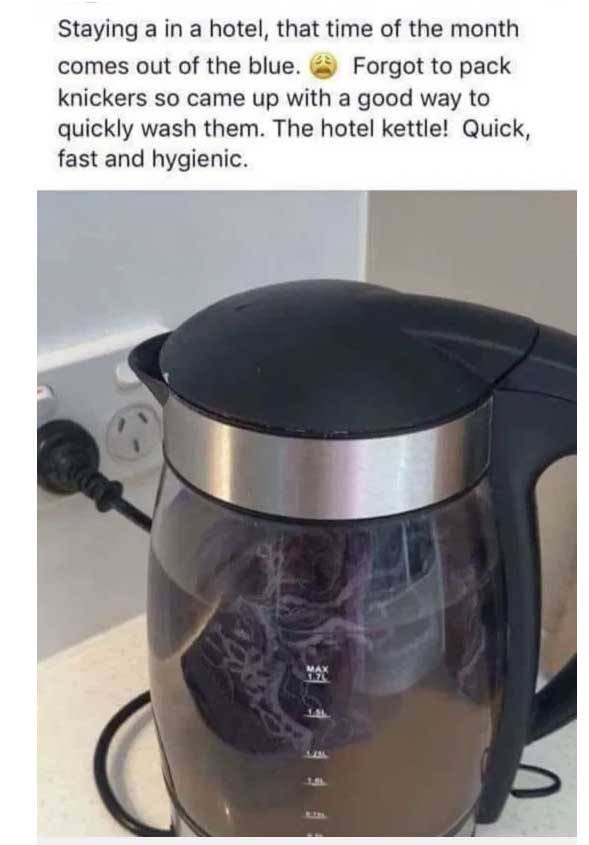 However, some time ago, a crazy news "hotel kettle boiled underwear" is discussed fiercely online. Once you see this awful news, you probably dare not recall the previous experience of staying in a hotel, and dare not use the hotel kettle again in the future!

The story featured a middle-aged woman, who after returning to the hotel for a wash after a trip, dropped her dirty underwear into a kettle and began to boil it after expertly switching on the electricity.

This makes the roommate scared silly, this is clearly used to boil the hot water to drink the pot, how now in the cooking underwear!

Before the roommate could get over her shock, the woman said in all seriousness that her underwear should be sterilized by boiling it so that it would be clean. 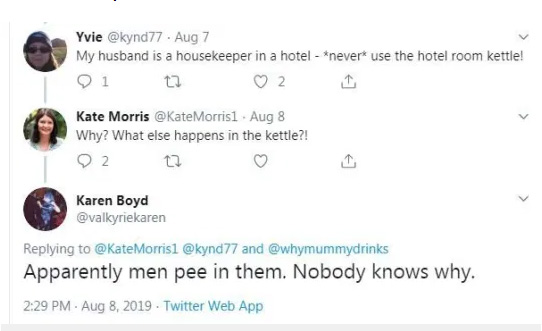 Oh my god! Such awful behavior really makes we all sick.

As the news spread, many netizens began to complain about their bad experiences with the hotel kettle. 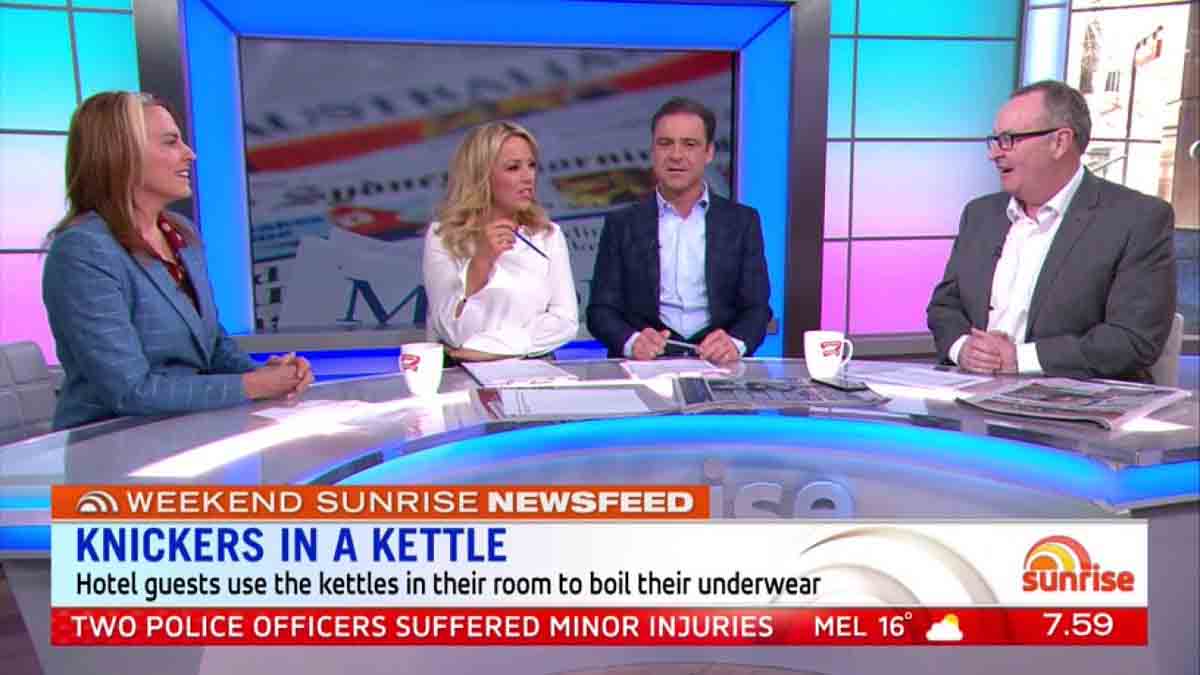 Some friends will firstly boil a kettle of water to sterilize the kettle after checking in,  and then boil a pot of water to drink. It's a bit of a hassle, but it seems to solve the problem. But does it really work? Some heat-resistant bacteria cannot be killed by high temperatures!

And there were other bizarre things about hotel kettles, like cooking crabs, instant noodles and even finding condoms in them! Too many disgusting behaviors to enumerate.

Some friends said they could only bring bottled water with him when he stayed in the hotel, and believed many of his friends had done the same.

There are also friends who live in hotels with baby. When it comes time to prepare formula, they have no idea to find appropriate temperature of water. 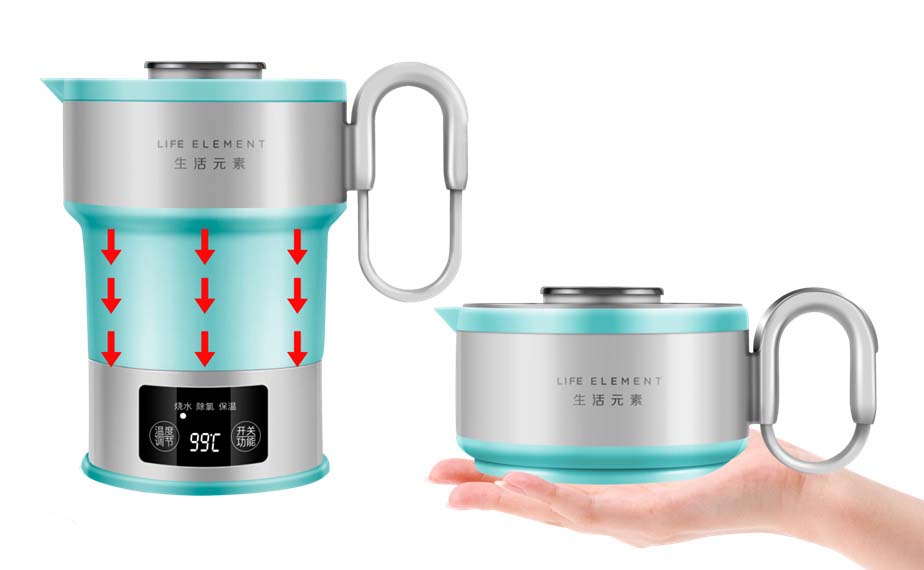 Of course there is no need to be too desperate, Life Element can always help you to find a healthy way to have clean water. The silicone folding kettle developed and designed by our company can completely solve your drinking problem when you go out, this is a folding hot water bottle which can be folded into a backpack and get on the plane! 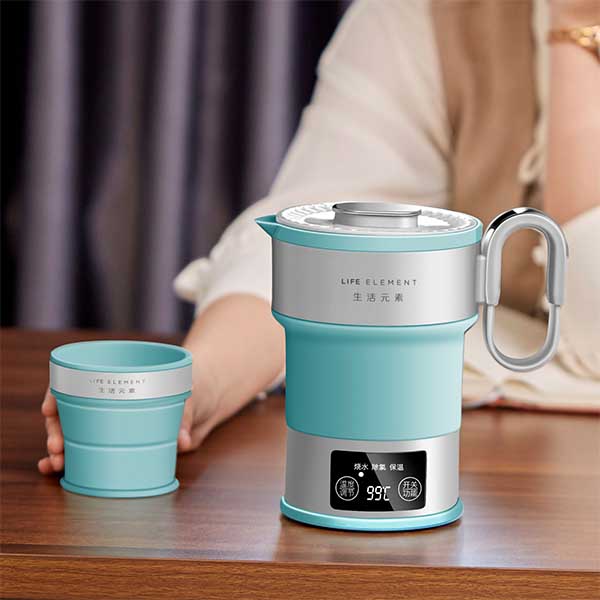 Food grade silicone, this material is very safe to use, the baby pacifier uses the same material, and the most important is that one is foldable! 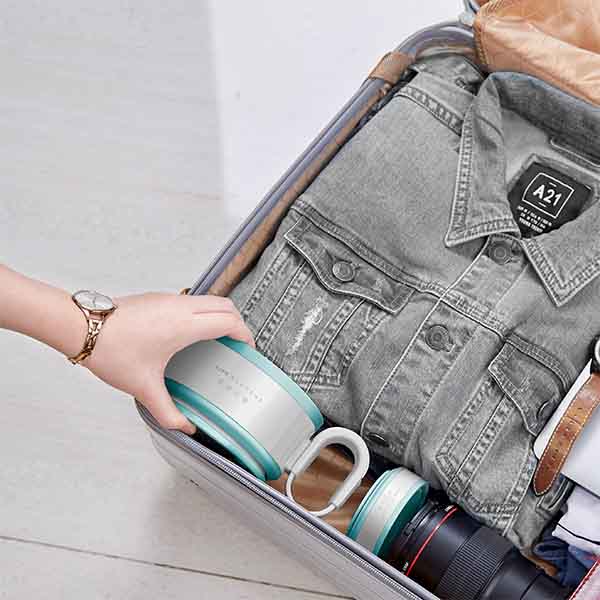 Let me do a magic for you, the size after folding is as small as a hamburger, the weight is as light as a bottle of Coke. It does not take up space, can put in any suitcas! 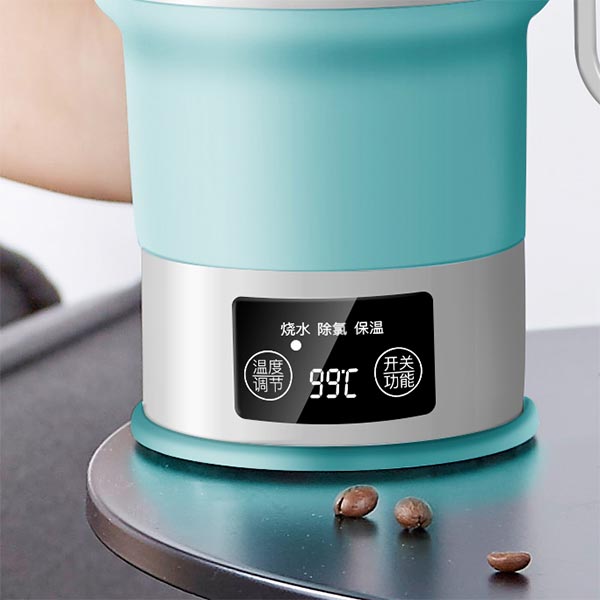 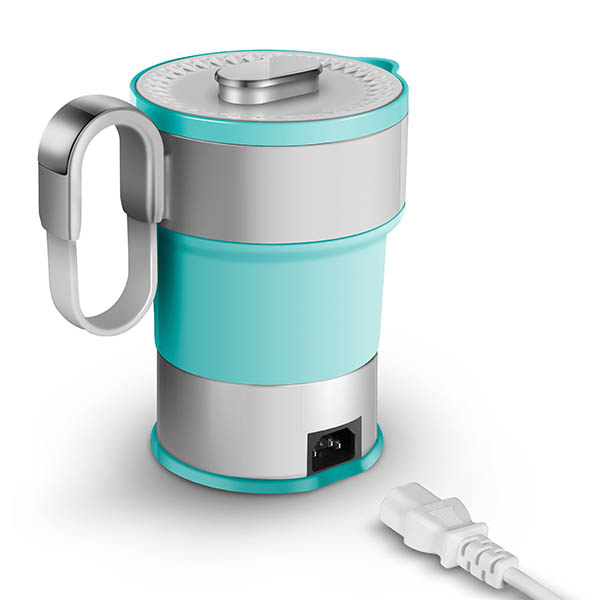 In addition, People who often go abroad know that the voltage of each country is not the same, but this folding kettle is 100V-240V double voltage, can be used all over the world.